With the rapid development of science and technology in the new era, there is no doubt that the improvement of our living standards now benefit from technologies. At the same time, the technology is quietly helping some people with behavioral disabilities to return to normal life.

According to statistics from the World Health Organization, 0.5% of people in the world need prosthetics, orthotics or rehabilitation services. This figure indicates that approximately 40 million people around the world need external tools to support their daily activities. Among these 40 million people, a large part of them cannot afford the high cost of traditional prosthetics or the long treatment period due to financial constraints or living in remote areas.

In response to this situation, more and more organizations around the world have used 3D printing technology to complete the development and production of prosthetics to help those who need them.

In Paraguay, there is such a non-profit 3D printed prosthetic organization -- PO. Today, let's reveal the story behind this charity organization!

The Origin of [PO]

In Paraguay, a hospital performs 1-2 amputations a day. Among these patients who have undergone amputation, less than 1% can be fitted with a prosthetic. 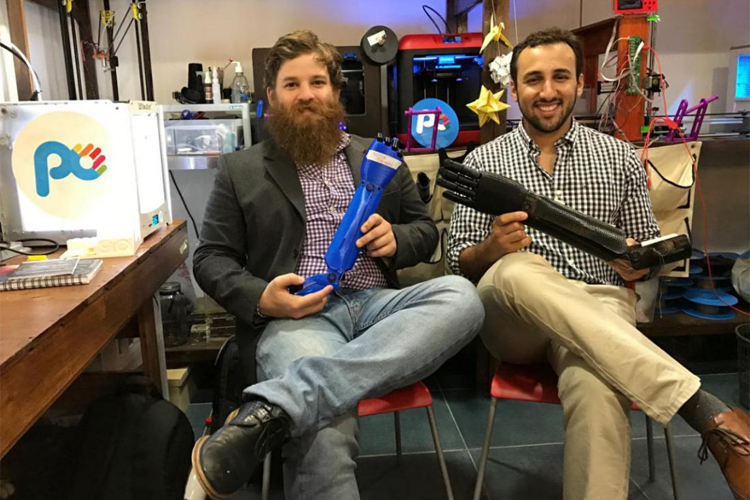 They named the organization "PO". The word is taken from the Guarani "hand", the second official language of the Paraguay region. They said the word represents the original intention of the group -- unique and self-confident. Therefore, it also became the name of the 3D printed prosthetics they have developed.

They firmly believe that the birth of every "PO" can affect every bit of the world, and there is a warm story behind every "PO".

According to one of the organization members Mateo Acosta, the team has now grown to 12 full-time staff, and there are also volunteers from the United States, Argentina, the United Kingdom, Germany and other parts of the world. Many of these people are experts in various fields. 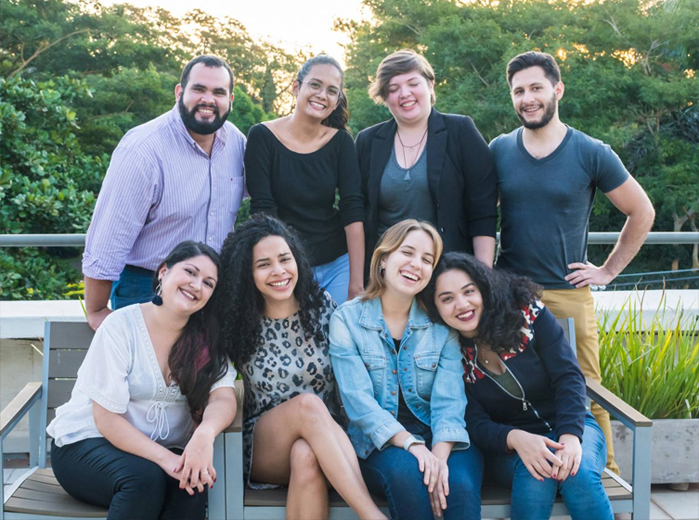 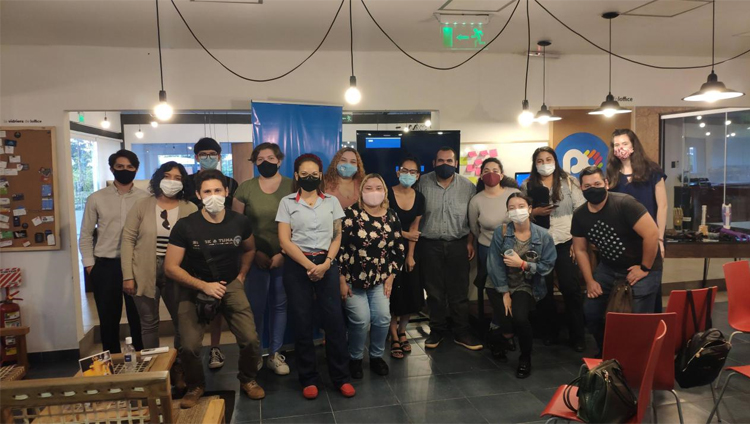 After delivering the first "PO" in 2014, they have provided more than 300 prosthetics in South America (Paraguay, Argentina, Brazil, Bolivia, Colombia and Honduras).

"We not only make a single hand or leg prosthetic, we also develop special prosthetics for specific purposes, which can be more convenient for users to use in daily life and working time. For example, we developed suitable prosthetics for cycling, haircut, makeup, and playing the violin. 3D printing makes all this unrestricted.” Mateo Acosta said.

As the demand for customization is increasing, the range of the workplace is also expanding. "We have a workshop dedicated to the production of 3D printed prosthetics. We call it PoTaller. The entire area has a clear division of work areas," Mateo Acosta said, "The workbench on the left is the hand prosthetics assembly area, and the right one is the area for leg prosthetics assembly. The middle area is for 3D printing. The equipment is constantly increasing. At present, we have 3 Guider 2S, 1 Adventurer 3, 1 Finder and 1 Dreamer. It only takes less than a week to make an arm prosthetic now."

When asked about the appropriate age of using 3D printed prosthetics, Mateo Acosta said, “Recently, our working target audiences are 6-year-old children. We mainly make aesthetic prosthetics for them with simple functions, such as writing. The rest of the prosthetics have no age limit. It is customized according to the needs of each customer."

They are also developing new prosthetics with electromyographic devices, as well as working with industrial designer Rafael Mongelos and the metal manufacturing company L'acerie to develop metal accessories for leg prosthetics, which can bring a better experience.

As the continuous growth of PO, their ambitions are also expanding. They have cooperated with more than 30 organizations, including Coca-Cola, UNESCO and other well-known institutions, and have formulated the first 3D printing prosthetic standard in Latin America, effectively promoting industry norms.

At the same time, due to the majority of female members of the team, they began to pay attention to issues such as gender discrimination. They committed to promoting the development of women's social status, in order to obtain fair education and job opportunities for them.

▲The member is using a 3D printer

Currently, PO is not only dedicated to the development of 3D printed prostheses, they are working hard to promote equality and harmony in society. The great and warm dream journey will always continue.

Really gratified that Flashforge has made a small contribution to this. We hope that through our joint efforts, more and more people will be able to pay attention to the public welfare as well as 3D printing prosthetic projects. We believe that as long as we have social responsibilities and start from love, the world will become better. The development of technologies will therefore have a deeper meaning!

Next article: How Annie Moberg’s 3D Printing Adventure Started and Live Life Her Own Way!